Henry IV in the forest

Yesterday it was time for our traditional trip to Diever, in the north of the Netherlands. I first came there when I was 9 years old, and it was the place where (later) Martin and I got together as well. We visit this village every year now, because of the Shakespeare theater plays in the open air theater. It's the complete atmosphere in this theater which is so nice. Ever since I first visited a Shakespeare play in this theater, I love Shakespeare. This year, they're celebrating their 60th birthday, and because of that, they perform 2 plays this summer: Henry IV part 1 and part 2. Yesterday, both plays were performed. Part 1 in the afternoon and part 2 in the evening. They're both one of the few historical plays Shakespeare wrote. And therefor, we didn't expect these plays to be so much fun. But we have laughed a lot yesterday. Well, and now I want to show you some pictures :) 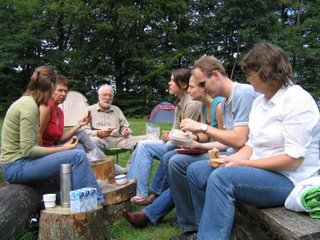 Lunch on the campsite, before we went to the theater.

This year, they made a lot of efforts with the stage because of the anniversary. Inspired by the Globetheater in London. 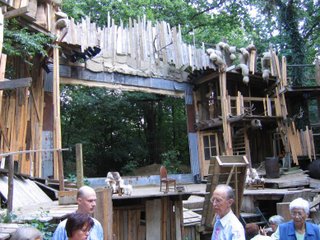 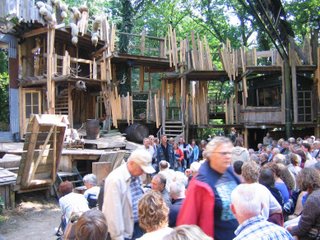 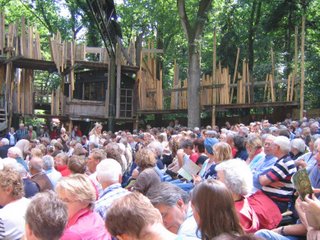 The seats in this theater are really nice - if you bring your own cushions. But luckely, most people know about it. By the way, this causes a really funny effect when you're walking from the village towards the theater (which is just outside the village, in the middle of the forest). Everybody is carrying cushions and bags with drinks and food. It's like we're all going to have a huge picknick. 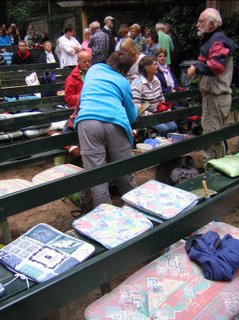 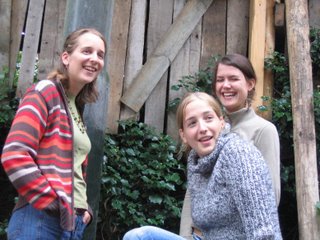 Even if you've brought your own cushions, after two plays in one day (equals 6 hours sitting), your can't feel your ass anymore. But we don't care, because we loved it! Especially in the evening, when it's getting dark, the theater is so beautiful and the stage is lighted so beautiful. 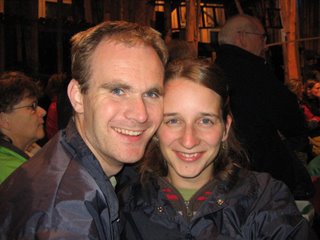 More pictures of the play itself can be found here

And, as always, I am already wondering what play they will play next year. Will it be The Comedy of Errors? Or Much Ado About Nothing? Or maybe even Romeo and Juliet?
at 14:00